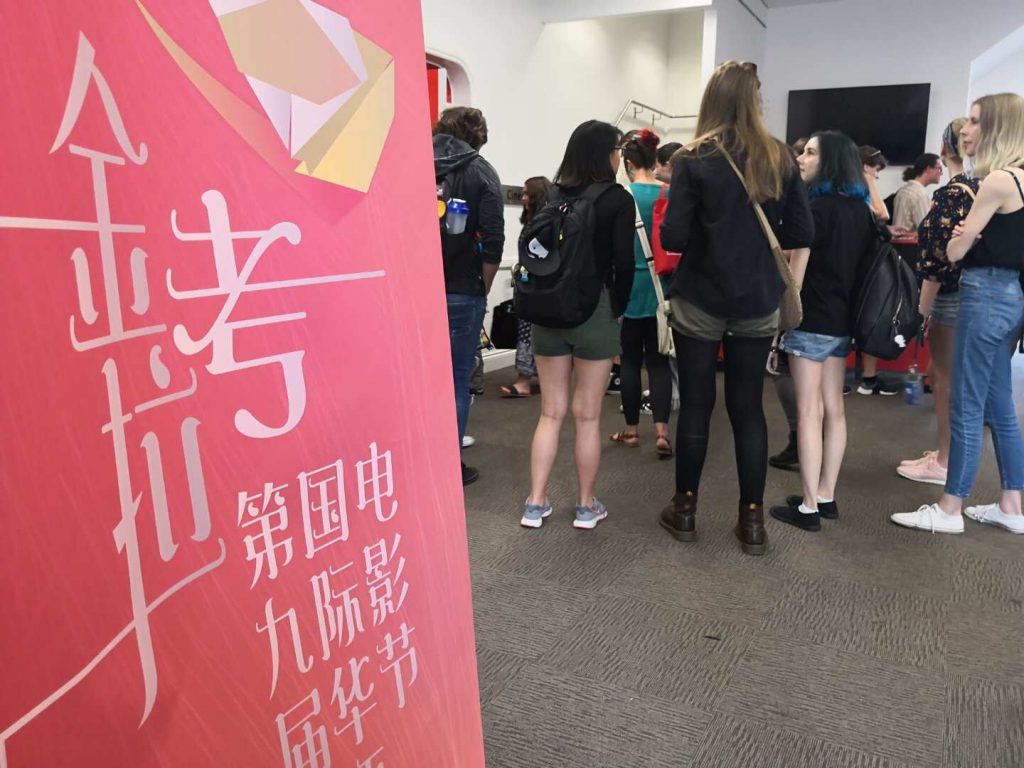 It seems only appropriate, as we begin this Year of the Dragon (itself freighted with resonance for a certain generation of Asian film fans), to be talking about Chinese cinema. The 2012 Golden Koala Chinese Film Festival – opening in Sydney on February 5, and in Melbourne a week later – offers local audiences a rare opportunity to enjoy some recent releases on the big screen.

Showcasing just ten features, it presents a necessarily partial survey. But then, it could hardly be otherwise, given the leviathan that is the contemporary Chinese film industry. 2010 saw 526 feature films produced (a figure exceeded only by the US and Bollywood), and total revenues of more than AUD1.7bn. A 2011 Research In China report projected a further 40 percent rise for that year – though precise figures still remain elusive.

But there’s no doubt that the staggering, almost exponential growth of mainland China’s film industry has been one of the dominant media stories of the past five years. To understand the whole picture resists all the most obsessive viewer – especially given that less than half of those feature films make it to actual domestic release.

Nevertheless, the festival’s chair, Ray Shen, claims to have personally screened a good deal of it over the past 12 months, “not only for the film festival, but because I have to be aware of the latest developments in Chinese cinema. And the only way to do that, is by watching a large amount of new releases.” It is, in every sense, a full-time occupation.

Nor is the program confined to mainland titles. Films from any and all Chinese-speaking territories are eligible for inclusion, and recent works from Hong Kong (box office champion Gallants, Kenneth Bi’s prostitution drama Girl$) and Taiwan (Tsung-han Tsai’s rock-band coming-of-age drama Pick the Youth, Yu Hsien-lin’s kids’ film Jump Ashin!) account for more than half the selection here.

“Basically,” Shen explains, “there are three factors determining the choice of films for this year’s festival. Firstly, there’s the recommendation of a number of film industry insiders. We work with a number of people out in the world, and they suggest films which have a good reputation within the international industry. Some have performed very well at the box office; others have received awards in other international film festivals.

“The second factor, is that the films have received good reviews and word-of-mouth. That they’re considered quality productions. And finally there’s the recommendations of our own screening committee.”

For Shen and his committee, the question of quality trumps every other consideration: “We don’t make any particular distinction between art films and commercial movies. Nor are we trying to prove the range and diversity of contemporary Chinese cinema, especially. We simply invite films to participate in the festival that seem to us to be good.”

The event is presented by Chinese Film Incorporated, an organisation careful, in its advance press, to stress its “non-profit, non-political, non-religious“ inclinations. (“Our purpose,” says Shen, “is to provide a service for all film lovers, so that they can enjoy excellent Chinese-language films. Film is an art that has no boundary.”) There are even awards for best feature, best director, and best actor and actress – the “Golden Koalas” of the title – which will be awarded by a local “panel of experts”; last year’s major prize went to Xue Xiaolu’s China-HK co-production Ocean Heaven.

Among this year’s lineup are a few flagship titles – notably Jiang Wen’s action blockbuster Let the Bullets Fly (currently the highest-grossing domestic release of all time), and the retro-inflected martial arts comedy Gallants, executive produced by Andy Lau. But the real discoveries here are the deep cuts: Jie Han’s unfortunately-titled Hello! Mr. Tree, for example, offers a rare Eastern take on Latin American-style magical realism, with a lonely bachelor haunted by ghosts on the eve of his wedding to a deaf-mute girl in his village. And Tao Jiang’s One Wrong Step, billed as a “suspense comedy”, has garnered admirers since its international premiere in New York last November.

Gallants co-director Clement Cheng, meanwhile, teams with Yan Yan Mak (Butterfly) for Merry-Go-Round, an ambitious, sumptuously-shot ensemble drama that oscillates between San Francisco and Hong Kong, and the 1950s and the present-day, and discloses its many secrets carefully and well; along with Alex Law’s Echoes of the Rainbow (not screening here), it suggest that HK filmmakers might finally be willing to reconcile an arthouse aesthetic with broader commercial inclinations.

But perhaps the most impressive selection here comes from Taiwanese helmer Yung-shing Teng, whose spare, realist drama Return Ticket earned him a Best New Director award at last June’s Shanghai Film Festival, and a Best Screenplay prize at Taiwan’s Golden Horse awards. Focusing on a group of migrant workers from the Fuyang prefecture, adrift in Shanghai, who try to return home for the new year celebrations, it marks an assured, if somewhat belated sophomore effort for Teng – a veteran commercials director in his homeland – whose made his bigscreen debut almost a decade ago with Love at 7-11. It’s the kind of small, fine film that typically goes unseen outside its home territory.

“One of the main reasons to organise the festival,” Shen explains, “is to encourage those filmmakers who persist in making their own, independent films. I understand the tremendous pressures they face when they stick to their beliefs and pursue their dreams. Even though I obviously can’t help them to overcome their specific difficulties, I at least hope to provide some of them with an opportunity to have their work seen more widely.”